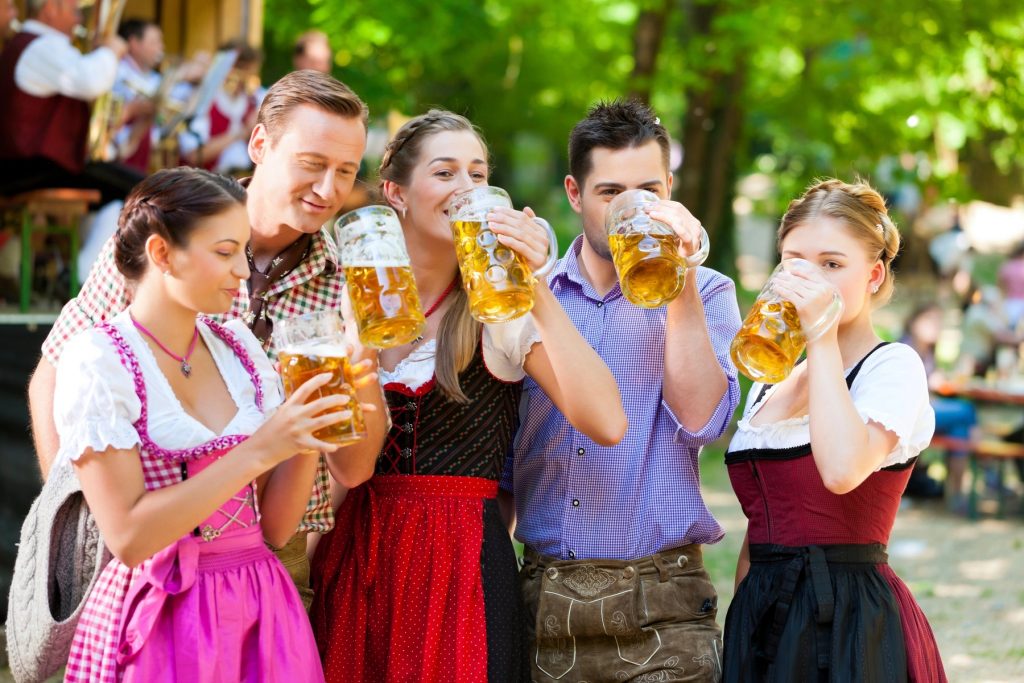 Oktoberfest is one of the funniest festivals in the world. Colorful tents, countless beer alternatives and more… If you ask where Oktoberfest is held, the address is Munich. You have many reasons to participate in this legendary autumn event. Then Eins, zwei, drei G’SUPPAAA!

Oktoberfest is among the most interesting festivals in the world.

More than just drinks await you at Oktoberfest. One of the most important factors of the celebrations is music. Each tent has a marching band playing the edited versions of the chart-topping songs of bands such as the Black Eyed Peas, as well as traditional German band classics.

If you want to stay away from the songs and dance for a while, we recommend you to stop by the Armbrustschützenzelt tent. This tent is very popular with locals and international visitors. Here you can have the opportunity to eat delicious meat by drinking Oktoberfestbier produced by Paulaner. You can have fun by showing your skills on the bow and arrow at the crossbow competition held every year.

May the Strong Survive!

Oktoberbier is a stronger drink than ordinary beer. The average Oktoberfestbier, served in classic 1-liter beer glasses, has an alcohol content of 6%. This alcohol content also makes these golden-amber beers stronger than the average beers you drink.

Although everything is thought to be free in this huge beer party, this is actually false information. Drinking at Oktoberfest only begins when the mayor of Munich, who is leading the ceremony, opens the first keg of beer and declares, ‘The keg is open!’

When Does Oktoberfest 2022 Start?

One of the most important questions in the minds of enthusiasts is “When is Oktoberfest?”

Although Oktoberfest, which is an autumn event, is thought to start in October, the festival actually starts towards the last weeks of September and ends in the first week of October. As it turns out, the name doesn’t really matter! “When is Oktoberfest?” Those who think so may be a little stunned by this information.

Did you know? Paris Hilton Is Forbidden To Attend Oktoberfest!

14-year-olds can also attend Oktoberfest with an adult. Keep in mind that festival security does not allow for nonsense while ensuring the safety of the celebration. Every year, a group of pro-physical people who go out of their way while drinking are banned from entering the festival. The name at the top of this list of notoriety is the famous hotel heir himself, Paris Hilton!

Celebrities of American society came to the 2006 celebration wearing a tiny dirndl (traditional Oktoberfest dress) to promote a brand of canned wine without prior agreement with Oktoberfest organizers. After this, Paris Hilton, who drew the reaction of a considerable and alcoholic audience, was forbidden to attend the party again.